The Future of Work is Freelancing 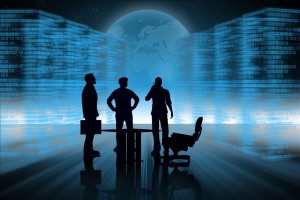 Millions of workers across the globe are making the jump from full-time employment to freelancing, and the concept of the traditional enterprise is said to be dying. But is it really dying, or do we need to adjust our expectations?

Change is Coming
In the not-so-distant past, the idea of lifetime employment with a single company was a coveted one. For employers, a roster of long-term employees once represented a strong knowledge base that allowed operations to run smoothly. For workers, long-term employment represented stability and prosperity.

Today, the idea of lifetime employment with a single company is a restrictive one. As people shift from manual work to knowledge work, long-term employment arrangements are becoming less common. The reason behind this trend is widely-debated, but can most likely be attributed to the fact that a change in industrial structure has also changed the structure of the workforce.

The Freelance Movement
The shift from manual work to knowledge work presents a new opportunity for members of the modern workforce. As one can imagine, knowledge-based assets require a much smaller capital investment than brick-and-mortar-based assets. Thus, the knowledge economy is one with lower barriers to entry, lending itself nicely to freelancing.

Equally important, the shift from manual tasks to knowledge-based tasks gives workers the freedom to perform their jobs from anywhere. With a lessened need to share physical workspace, the gravitation toward independent freelance work is a natural progression.

From the perspective of the enterprise, the freelance movement will introduce challenges. The methods and the tools once used to share knowledge will no longer be effective in the workplace of the future. Running an efficient operation will require the adoption of new tools and methods, designed to facilitate and support collaboration among a distributed and virtual workforce.

The Role of Technology
In the freelance economy, the role of technology is a critical one. Just as social media has disrupted the way information flows through the community, Freelancer Management Systems (FMS) will disrupt the way information flows through the enterprise. And, in similar fashion to the explosion of social media, business leaders who acknowledge and adapt to this shift will prevail.