NASA, Image Tags and the Crowd 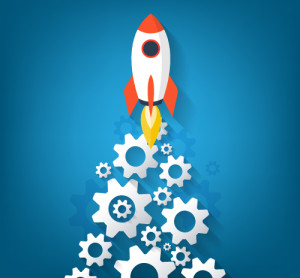 Crowdsourcing is being used in innovative ways by leading companies in every industry. Various data task, big or small, that are typically handled by a company’s internal team may given to a crowd for review. An essential function of crowdsourcing is that production capability is scalable to millions of tasks. Just ask the scientists at Complutense University of Madrid; the team is leading a scientific crowdsourcing project to identify millions of photographs collected by NASA.

The Cities at Night project is broken into several parts. First, online users sorted images into different categories including stars, objects and cities. After the first phase, which was known as Dark Skies ISS, researchers put qualified Internet users to work on Night Cities ISS. That phase matched bright points of light in satellite images of Earth to locations on a map. Finally, researchers are asking for help with a phase called Lost at Night, which involves identifying cities that appear in wide-angle images.

Night-time satellite images that are linked to a certain city provide many research opportunities. Some images have been used to chart the growth and downfall of governments. Scientists are also be able to track energy information and environmental impact with the help of the images.

What does viewing cityscapes from space have to do with retail sales? Well, the same image tags, that make the city images valuable to researchers, can improve performance on an e-commerce website. By nature, a retail catalog is picture-heavy. Including SEO image tags throughout an e-commerce site boosts ranking and traffic by making images accessible to search engines. For best results, include keywords and descriptors in alt image fields for every photograph.

Data Tagging from the Crowd

Some online retailers have thousands of images, making an image tag job lengthy and tedious. Consider taking a page from NASA-level scientists and call in the crowd. Crowdsourcing image tag functions frees your staff, making them available for other things such as customer service and shipping. With a boost in site traffic, they may need the extra time to keep up with new orders.