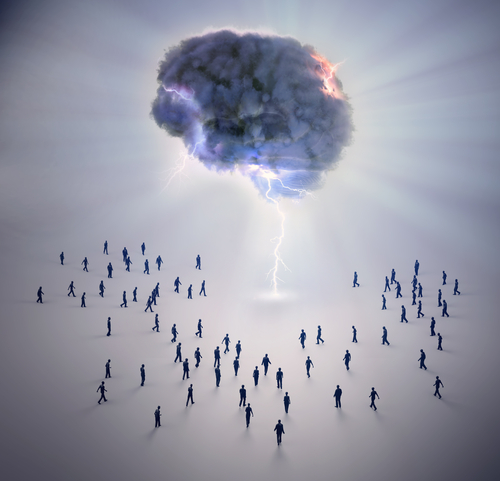 The power of distributed labor has received a fresh interpretation for the 21st century. Crowdsourcing has taken the principles of distributed computing, such as open networks and parallel processing, and applied them to solving business challenges in the real world using real people.

In 2006, when Jeff Howe coined the term “crowdsource” in an article published in Wired magazine called, “The Rise of Crowdsourcing,” no more than a handful of brands were attempting to look outside their own employees for creative ideas and problem solving. But by the beginning of 2014, hundreds of the world’s largest enterprises had adopted crowdsourcing practices. Interbrand’s 2012 list of the 100 Best Global Brands noted that 11 of the top 12 brands were running various types of crowdsourcing projects.

People use the word “crowdsourcing” to refer to different types of actions, but all involve distributing a project across a vast online collection of users with different skills and abilities. For this reason, crowdsourcing has also been called “collaborative co-creation.” Crowdsourcing.org defines the term as “…the act of taking a job traditionally performed by a designated agent (usually an employee) and outsourcing it to an undefined, generally large group of people in the form of an open call.”

Or, in shorthand for the tech culture, “Crowdsourcing is the application of Open Source principles to fields outside of software.”

The names of companies using crowdsourcing techniques include not just high tech firms like Google and Microsoft, but also traditional firms like Toyota and General Electric. Perhaps the best way to understand why these companies are turning to crowdsourcing is to take a closer look at specific business applications and successes across industries.

Current crowdsourcing industry trends point to a future of creative solutions and breakthroughs bound by no limits. Although they are not alone, the following companies are leaders in leveraging vast, worldwide human resources to realize their unique visions.

One of the first major corporations to employ crowdsourcing, P&G has committed considerable resources to efforts that they refer to as “open innovation.” Although their vast R&D operations employ over 9,000 researchers and scientists, some intractable problems have been solved by the application of many more original thinkers spread out across the globe.

Connect + Develop is P&G’s program created to assist external innovators in submitting new ideas to P&G for development. The Connect + Develop Team website lists not only problems that P&G is trying to solve, but also contains an open submission area where innovators can suggest original ideas for review.

In a related venture, P&G has partnered with InnoCentive, which rewards innovation with prizes. InnoCentive has awarded more than $40 million so far, and solutions brought about by crowdsourcing closed 75 percent of the problems posted over the past year. Meanwhile, P&G’s productivity has jumped 60 percent, and they have been able to introduce more than 100 new lines across various markets.

Waze is a tiny company with fewer than 100 employees in a single office located in Ra’anana, Israel. However, Google found their crowdsourced traffic solution impressive enough to buy the company for $1.15 billion. That breaks down into $1 billion for the owners and a little over $1 million for each employee.

What makes it worth such a hefty sum is that Waze has built up a network of 70,000 volunteer map editors and 15 million users looking for real time traffic data so they can get to work on time. Crowdsourced mobile data collection is an area of rapid development as more data can be gathered and processed quickly in enterprise cloud apps.

At the end of last year, Waze added social features that allow for greater detail about what really matters to commuters, covering a wide range of potentially hazardous incidents along preferred pathways. Incidents now include not just heavy traffic and accidents, but also temporary road work, spills, road hazards and speed traps.

Who Are The New Crowd Workers?

A recent study of workers in the crowdsourcing industry came up with some surprising information about their demographics, including:

The Future of Crowdsourcing

The market for crowdsourced professional services racked up over $1 billion in 2012 and continues to grow more than 60 percent year over year.

Carl Esposti, founder of Crowdsourcing.org, recently summed up his insider view on the future of crowdsourcing. “The crowdsourcing market is growing at an accelerated rate with the venture capital community investing nearly $300 million in CSPs in 2011 alone. What’s more surprising, large enterprises with revenues above $1B are early adopters of crowdsourcing; however, there is still significant untapped opportunity for crowdsourcing penetration across the board.”

The next step for crowdsourcing, beyond content creation, will be toward content curation. That means that crowd workers will be increasingly searching their social networks and peer-to-peer subscriptions for already existing content and ideas that fit the needs of their employers. Companies already encouraging this next development include 99Designs, DesignCrowd and ImageBrief.

Some analysts suggest we are moving toward a multi-contract world where full-time employment is rare and crowd working entrepreneurs choose their careers on a daily basis.

To End 2013, Some Stats From The Crowdsourcing Timeline. YanniGroth.com. December 2013.

After Waze, What Else Can Mobile Crowdsourcing Do? AllThingsD.com. July 2013.

Behind the Scenes of Crowdsourcing: Who are Crowd Workers? CrowdSource.com. November 2012.