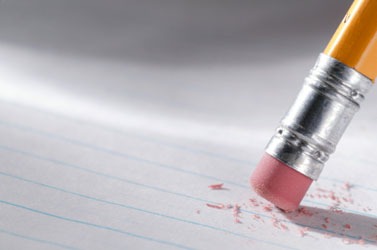 Mistakes happen, right? Well, that’s true, but it does not mean that you should keep making these mistakes. When writing SEO content as a professional copywriter, nothing looks worse than sloppy, error-filled writing assignments. Improve your writing and refine your skills by avoiding these 10 mistakes.

Think of if this way: there = a place, they’re = the contraction for they are and their = a object owned by a group of people.

Example: They’re headed to get their hair cut at the salon over there.

Every professional copywriter knows you add an apostrophe to show possession, but that is not true in the case of “it’s.” Use “its” when you are showing possession in your SEO content. Make a contraction of the words it and is by using “it’s” in your writing.

Example: It’s time for the cat to get its nails trimmed.

Your is a word that shows possession, such as your toy. As a contraction of the words “you” and “are,” you’re is best used when you are saying someone is doing something.

While every writer’s website has its own explanation of how to keep these straight, it is quite simple. Affect is a verb and effect is a noun, plain and simple.

Example: His kind attitude really affected me.
Example: My current medication has a side effect: drowsiness.

You are an authority, and you want your SEO content to read like it. Put your passive voice to rest by leaving out words such as can, will and may. Also, make your sentences right to the point without beating around the bush.

You know a possessive noun needs an apostrophe, but where do you stick it?

Singular noun that ends in s – apostrophe after the s.

Example: Have you met the boss’ daughter?

Singular noun that ends in a letter other than s – apostrophe before the s.

For a plural noun – apostrophe after the s.

Example: It was the boys’ playground.

When trying to remember which abbreviation to use in your writing, look at the first letter of each word. The “e” in e.g. stands for “example,” so use this phrase to add an example to your content. The “i” in i.e. stands for “in” as a part of the phrase “in other words,” so use it to restate your idea.

Choosing the right word is not nearly as hard as it seems.

Look at this example: My mom is coming over to give Sam and I a cooking lesson.

Complete your idea without confusing your audience by modifying the proper noun. Look at this example: “Because her casserole was cooked completely, the oven was shut off.” What this sentence is saying is that the oven was the doer of the action, which is incorrect. Instead, a better option is to use the subject of the sentence as the person who actually completed the action:

Example: Because her casserole was cooked completely, Jessica turned off the oven.

“You have a lot of fine clothes!” “Thanks, my parents allot a large allowance.” Use a lot to show a vast quantity, and use allot when you are saying you give, use or have something. Never use alot – it’s not a real word.

Minimize your mistakes and let your content shine by keeping these grammar rules in mind. If you ever have any grammar questions, referring to our Style Guide or to a writer’s website, such as Grammar Girl, is a great step towards high-quality writing!