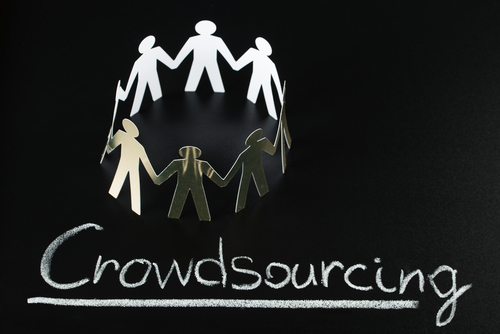 Technically, crowdsourcing – the “in” thing in today’s business landscape – has existed for centuries. Our predecessors in government, business, science and other industries recognized the value of tapping into the collective knowledge and wisdom of the crowd, even if today some businesses are just getting started.

The following examples from crowdsourcing’s history demonstrate how the practice has evolved from its early days of slow and steady traction to its rapid rise in popularity with the advent of the digital age. Although it’s been around for a long time, today crowdsourcing is taking the world by storm and finally getting the attention it deserves.

As early as 1714, crowdsourcing brought distributed problem solving to task. “The Longitude Prize” was offered by the British government to develop a reliable way to compute longitude. Later, King Louis IV of France offered a prize for making alkali from sea salt. And in 1884, the Oxford English Dictionary relied upon 800 readers to catalog words.

These and other applications of what we now call crowdsourcing can be found throughout the late 1800s up to and into the late 1900s. They show us that infinite power lies in the crowd, and that said power has been waiting to be discovered on a large scale for centuries.

Crowdsourcing before the cool kids did it

In the early 21st century, collective wisdom and all it offers started to gain recognition, thanks to the book “The Wisdom of Crowds” by James Surowiecki. During this period, innovating dot coms started making names for themselves using similar processes involving what we now call crowdsourcing. The crowdsourced online t-shirt retailer Threadless launched in 2000, Wikipedia began crowdsourcing knowledge in 2001, YouTube made crowdsourcing video entertainment a thing in 2005 and Freelancer.com opened its virtual doors in 2009.

With each success, crowdsourcing became more visible and more popular.  Today crowdsourced internet microtask platforms, such as Amazon’s Mechanical Turk, offer systems that continue to grow, evolve and revolutionize the way work gets done, for everything from categorizing data to social science experiments to outsourcing content marketing.

In June 2006, Wired’s Jeff Howe coined the term crowdsourcing in his article, “Rise of Crowdsourcing.” Combined with the rapid growth of e-commerce, the age of the consumer, mobile technologies and social media in the last decade, crowdsourcing has revolutionized just about every industry that’s been smart enough to utilize it. The world’s best global brands have increasingly used crowdsourcing to get things done, and as this interactive timeline shows, the year-over-year growth speaks for itself.

The future of crowdsourcing is limited only by how insightful, creative and innovative the businesses, governments, organizations and people of tomorrow aspire to be. What’s your favorite example of crowdsourcing, and what industries do you see changing the world with crowdsourcing?