Behind the Scenes of Crowdsourcing: Who are Crowd Workers?

Crowdsourcing brings a host of misconceptions when it comes to crowd workers. It is often believed they are generally non-US based, low-skilled or uneducated workers from foreign countries. While this is sometimes true in the larger frame of paid crowdsourcing, it is largely a false misperception, especially within our US-based workforce. 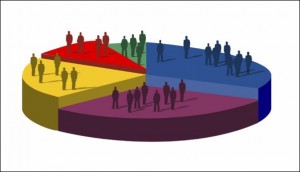 Who are crowd workers? The answer is not a simple one where workers fit neatly into a certain category or have the same motivations, education levels or demographics. Whether your enterprise is using managed crowdsourding for the first time or you have been a CrowdSource client for a while, learning a little about crowd workers helps you understand why our proven solutions give you quality results.

A highly regarded industry expert and researcher from New York University, Panos Ipeirotis studied the demographics of workers on Mechanical Turk, and what he found might surprise you.

Crowd workers represent females more than males by 2 to 1. This is likely due to demographics. Females are more likely to be stay at home parents, underemployed or unemployed. However, the male percentage of workers is increasing. The type of work also influences the gender breakdown.

Crowdsourcing is typically undertaken by younger crowd workers. More than 70 percent of the labor force was born between 1970 and 1994, with more than half born after 1975.

Crowd workers are also not the unskilled or uneducated demographic that is often believed. Instead, they are largely an educated group. More than 50 percent hold bachelor’s degrees and more than 20 percent hold masters degrees.

The largest groups of crowd workers are single with no children (35 percent). Another 30 percent are married with children. Household size is generally smaller. Thirty-five percent live in a household of 2, and 20 percent in a household of 1.

The motivation of crowd workers to participate in managed crowdsourcing also varies. Most notably, 70 percent of those who participate do so as a way to kill time or earn extra cash. On the other end of the spectrum, only about 15 percent use crowdsourcing as a primary source of income.

Crowdsourcing opens the door for crowd workers throughout the US to earn as much or as little as they want, whatever their motivation. The high number of crowd workers with college degrees shows that the belief that low-skilled, uneducated workers make up the majority of crowdsourced labor is simply untrue. Instead, as a group, crowd workers are educated, skilled and motivated for reasons atypical to the traditional job market.

To find out how you can use our US-based workforce within your enterprise, contact a member of our sales team to discuss our managed crowdsourcing solutions.