Governments and their agencies around the world embrace crowdsourcing as a way to engage citizens, use open innovation and complete repetitive tasks. The reasons a particular government or agency might use the crowd varies, from being understaffed to wanting to improve efficiency and efficacy of developing programs and delivering services.

Examples of crowdsourcing in government

Crowdsourcing is used at various levels of government and in governments all over the globe with increased frequency and number of initiatives. From the US Department of Defense and the White House to state, city and international governments, the areas of government utilizing the crowd is vast. Here are a few examples of recent governmental initiatives in crowdsourcing: 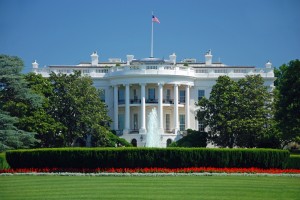 While the examples above largely focus on citizen engagement, governments also have a need for gathering data, and crowdsourcing presents a wide-reaching ability to do so quickly and inexpensively compared to uses in-house government resources. From collecting data from online services to capturing organic social media data, governments and thier agencies have access to an increased amount of data from various sources. Traditional data might focus on basic registration, service use or demographics. As data grows and changes, however, the reality of access to trending data in real time is possible.

With this reality comes new uses for data. Instead of simply collecting data for databases or official reports, governments can use data to speed up the implementation of programs and services and to innovate and improve.

While citizen engagement and open innovation has largely been the dominant ways government taps into the crowd, managed crowdsourcing also presents a unique opportunity to use the crowd for repetitive, tedious tasks. The nature of managed crowd labor involves breaking processes into microtasks for qualified workers to complete. Areas that can benefit government data and crowdsourcing efforts include the following:

These are just a few of the tasks the crowd can do for government entities. With the right tools and an understanding of the uses of crowdsourcing, any government agency can tap into the potential the power of the crowd provides.

If you are a government agency with high-volume tasks that need completing, contact our sales team to find out how our managed crowdsourcing solutions are the perfect fit to your agency’s needs.